In January 2010 Ana heard that a big wellness centre in Belgrade was looking for a fitness instructor. When she contacted them it turned out they were actually looking for a Tae Bo instructor. She sent them her biography anyway explaining what HOP® is and why it might be interesting for their club. It wasn’t until July 2010 that they contacted Ana and invited her for an interview, a job and started teaching The Hour of Power in September 2010. On November 17th Rajko Radovic held the first Hour of Power Master Class in Slodes. 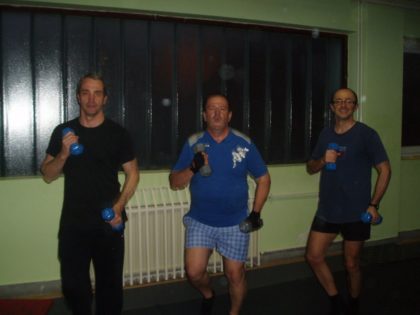 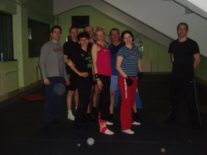 Classes are scheduled three times per week in the well-equipped aerobics studio and are lead by Ana Pavlovic, one of the most experienced Hour of Power instructors worldwide and a recent contributor to the official Hour of Power Workout DVD – currently a top seller in the UK home fitness market.

I consider myself to be a hard working, ambitious and intelligent person who radiates positive energy. Grew up in sports family, and trained various of sports since I was a little girl ( gymnastics, ballet, swimming, handball, volleyball )…I was given an opportunity to show my passion for sport, working as a volunteer on University games, held in Belgrade in 2009.

I’ve been active in fitness since 1999, first as a student, and finally as a teacher. In June 2007 I was first introduced with the class. My friend and the founder Dragan Radovic organized the class in my neighbour’s back yard. I was immediately singled out and asked to be an instructor trainee.

After years of trying out different training methods, I found Hour of Power to be the best fitness class ever, so I accepted. A year later, after HOP® course held in Zlijebi, on September 1st I became certified Hour of power instructor, the first one in Serbia. In September 2010 participated in filming the new HOP DVD. In January 2012 I was awarded with the position of Regional representative for Hour of power.

“Ana has been teaching Hour of Power for many years, learning initially from class founder Dragan, and later from the International director of the class, Rajko Radovic – son of Dragan. With a very high level of personal fitness, a contageous energy and a level expertise which can only come from many hours of teaching and training, Ana is a fantastic example of how the Hour of Power can and should be taught to people of all fitness levels.” (Rajko Radovic)