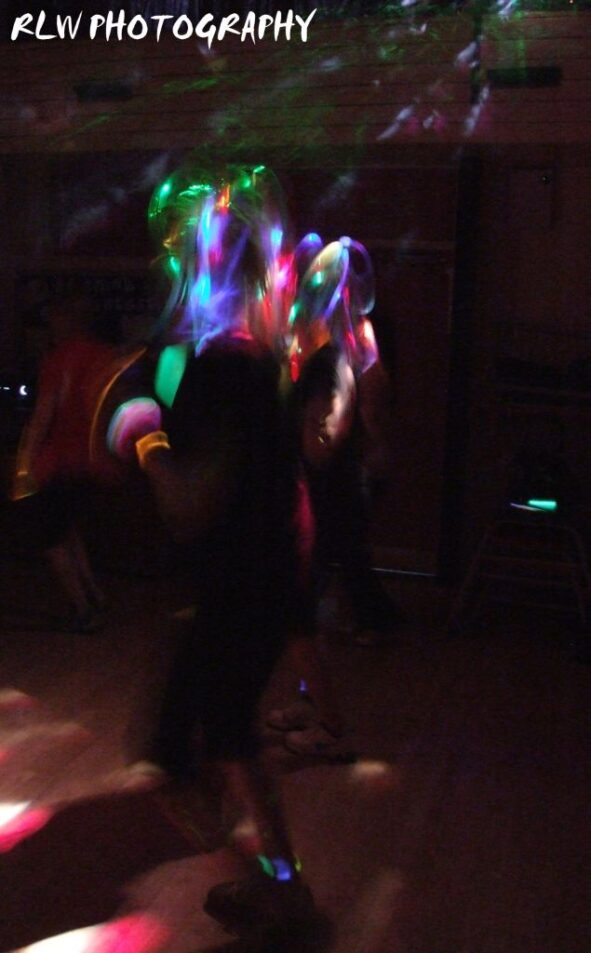 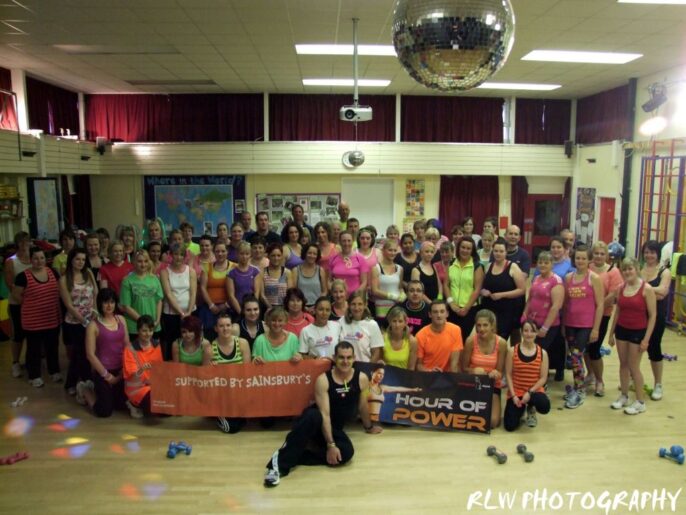 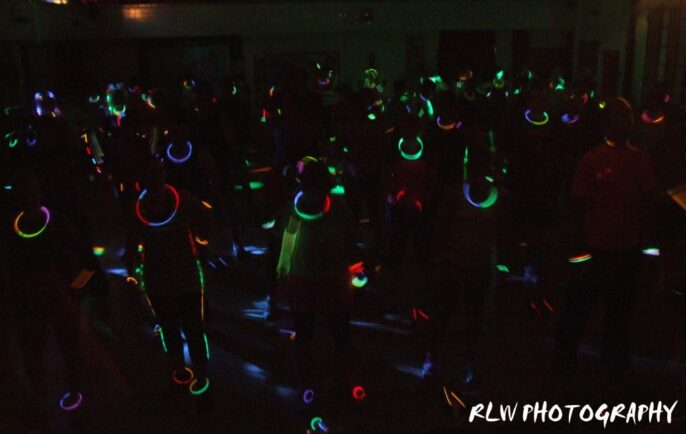 I was completely blown away by this class, the attendance was our highest yet with an amazing 75 people. We were also lucky to have the support and sponsorship of Sainsbury’s who helped keep everybody cool by supplying the refreshment. Everyone came dressed to impress with glow sticks of all shapes and sizes! Some of the flashing head wear had to be seen to believed!

While people were still arriving Simon got the crowd warmed up with some impromptu dancing and singing (ish)! There was a real buzz about the place and it was amazing to see so many people.

I did the ‘official’ warm up and couldn’t stop grinning, everybody looked fantastic. Simon turned out the lights and took his place on stage for the main section, the atmosphere was electric as the familiar beat of the Hour of Power music kicked in. To keep the energy and anticipation rising the music was gradually turned up and the disco lights were turned on. The bicep section was impressive but the class became a visual extravaganza when we hit the shoulder press and all the dumbbells with glow sticks attached were pumped into the air. The excitement in the room was palpable and the whole crowd were in great voice.

The class was so successful that when given the option the group decided to do the bicep curl to shoulder press section again as an encore!!! In keeping with the freestyle spirit of the night Simon spilt the crowd in half and managed to get one side on the up phase of the shoulder press as the other side were coming down. It was a truly trance like spectacle and a fantastic way to end the main section.

The event has already raised £600.00 for The National Blind Children’s Society with money still to be collected.