Simon was unable to take tonight’s class so it was down to me to lead the way. We had our second highest attendance with 65 people coming to do the HOP®. There was a wide variety of people tonight too, with a lot more men realising that this is the class that makes a difference no matter who you are or what you want to achieve.

There is always an expectant atmosphere before the start, everyone’s excited and eager to get going. When you’re standing in front of an expectant audience who are watching your every move and following you the pressure is certainly on to deliver, and last night they got what they came for.

The atmosphere was fantastic. Everyone was smiling and focused at working hard. We were counting, whooping and breathing. By the end we were hot, sweaty and tired but it felt good. 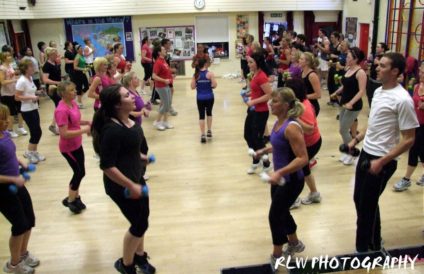 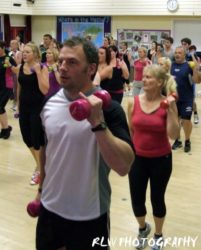 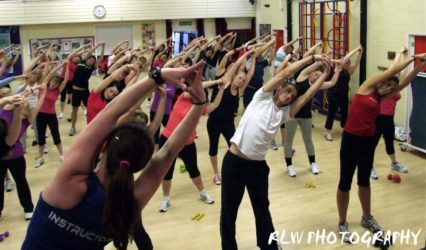 My favourite part of tonight’s class was the running section particularly the double biceps where I split the class into half and half so they were facing each other, we attempted one of Simon’s regular chants which sort of worked! If nothing else it helped to keep people smiling!